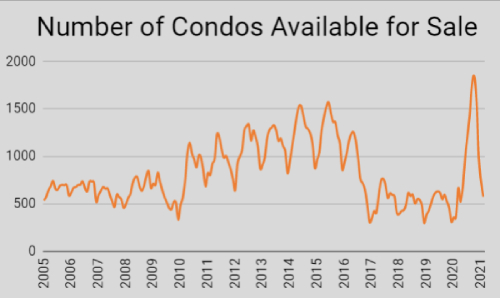 Over the last 5 years, the average number of condos on the market for sale in February has been 534. This past February, we had 574 available. Since January, there has been a tremendous decrease in condo inventory. 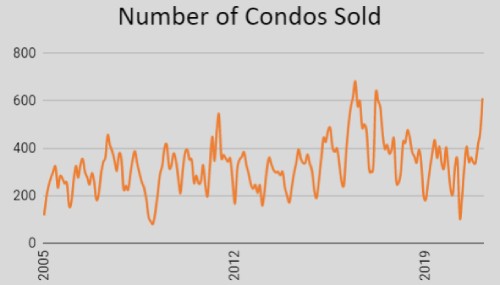 Over the last 5 years, the average number of condos on the market that sold in February has been 321. This past February, we had 611 sales. Demand spiked and it was the busiest February we've ever had by far. 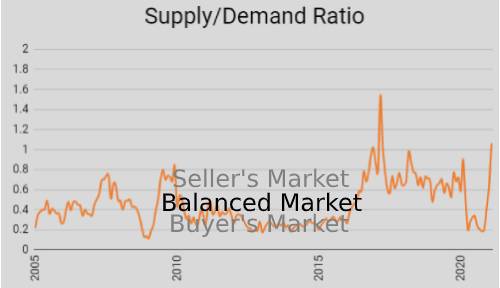 The supply vs demand chart rose significantly as we saw both the inventory decrease and sales increase. 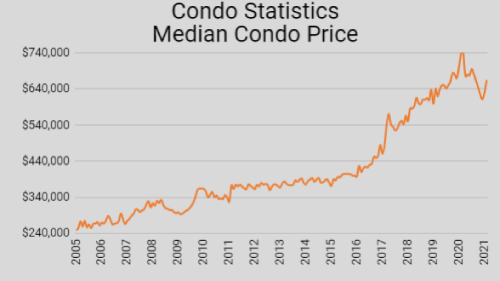 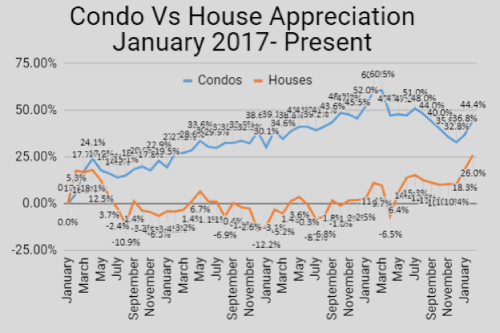 Once again, Toronto is proving to be one of the most unpredictable real estate markets ever seen. Buyers have returned with a vengeance and they've already absorbed the over hang of condo inventory built up from last year. At it's peak in October, there was 1844 condos on the market in the C01 district. That pushed prices down from their peak of $739k all the way down to $611k. It seems the market felt that price point was going to be the floor and Buyer's couldn't resist the oppourtunity.

Rents have dramatically decreased over the last year as well but remain depressed. The price of condos vs the rental income is so unbalanced that the cashflow negative prospects must discourage investors. It leads us to believe that perhaps the Buyers will be owner occupied units, perhaps former tenants who moved back home to save up a downpayment. The 905 has greatly benefited over the past year with homes appreciating twice as fast as the 416, and semi's/townhomes appreciating 3x as fast as the 416. The push to living in less density, more space and lower prices is very likely a result of more people working from home during the pandemic.

So it's been an early start to the Spring market and the market is strong. There still is a fair level of inventory but it's quickly being absorbed. If you're looking to purchase, it's likely 'sooner the better'. The market has strengthened quickly and I don't think we'll see prices set any records this year but they might continue a slower climb if the Covid numbers remain under control.