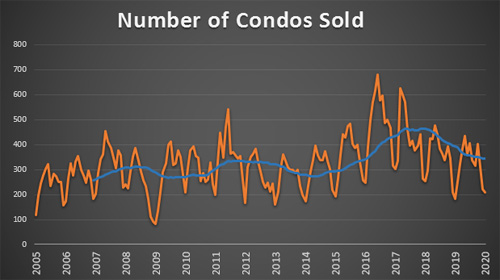 Over the last 5 years, the average number of condos on the market for sale in January has been 236. This past January, we had only 210 available. Inventory remains very low. 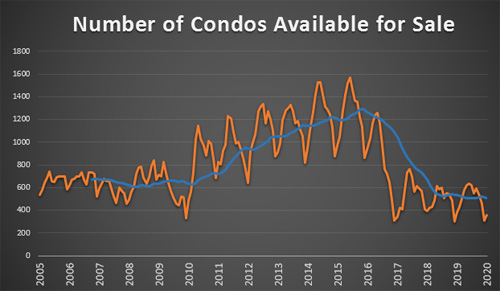 Over the last 5 years, the average number of condos on the market that sold in January has been 603. This past January, we had 357 sales, demand was lower than normal. 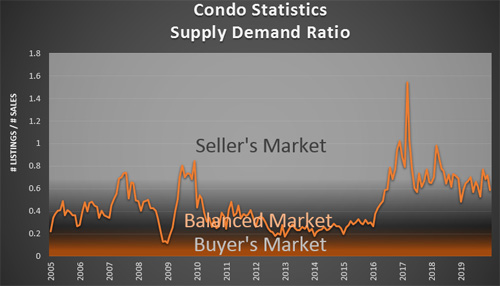 The supply vs demand chart has stabilized in a Seller's market. This is mainly due to low supply. 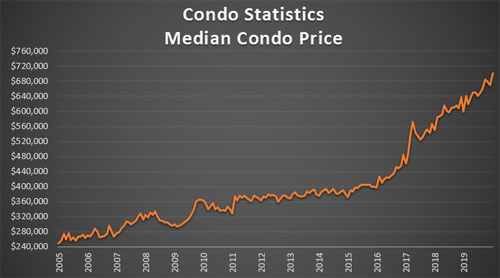 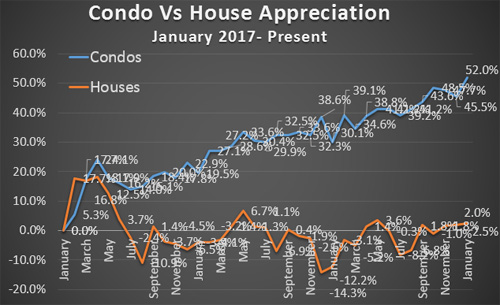 2017 saw unprecedented demand from January to March which resulted in a price spike of almost 20% in detached homes and about 25% in condos. So far this year, we're seeing extremely strong demand in anything under $1m with many properties going into spontaneous bidding wars. For example, 1185 The Queensway Suite 201 had 177 showings in one week and sold in a bidding war. 297 College St Suite Ph6 was 445 sq ft, had 133 showings and sold for $691,500. I don't know if we'll see prices spike as much as they did in 2017 but it's very likely the same pattern. I think the market will continue it's euphoria for another month or two and then pull back for the remainder of the year.

One of the biggest, unpredictable black swan events is the impact the Coronavirus will have on the market. My acquaintances agree that it's not a matter of 'if' but 'when'. With the speed that it's spreading and our governments policy to allow asymptomatic travelers from affected countries to enter at their discretion, I believe it's unavoidable. So the question is, what impact will it have on the real estate market. I think it will paralyze it. I predict the number of transactions to plummet to the lowest we've seen. Buyer's will not want to go out and visit condos, agents won't either and Sellers will be reluctant to list their properties during the depressed market. Nobody could have seen this coming.

What to do? If you were going to sell your condo this Spring, I would list it ASAP. If you wanted to buy, that's a real tough decision. If you think waiting would 'get you a deal', it's more difficult than you think. First of all, there would be very little for sale and mostly not great quality. Usually most Sellers in distressed markets are selling out of necessity. The few 'quality' condos available for sale are still often fought over while the unattractive options just languish.